Basil Henry started City in 1934, but the name was changed in 1935 to the Surf Club. It was then, in 1937, that Arthur Charles 'ARCH' Hardy officially started the City Hockey Club. 'ARCH' became captain in his second year and made the state team in 1938.

He ended his career 556 games after representing the state team 11 times, four as state captain. Also in his notable career he was club secretary from 1937 to 1939 and club president from 1946 till 1963. 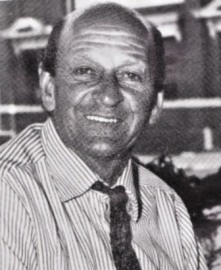 In 1934 the Tasmanian Hockey Association was formed consisting of four teams. These being Militia, Baptist, South Burnie and Surf Club/City. In the first 50 years despite 6 years of no competition City won 33 Premierships and 13 State Premierships.

In 1964 the first coastal roster was formed. These teams being from Burnie and Devon competitions. The teams were Baptist, City, South Burnie, West Devonport, East Devonport and Ulverstone.

In 1971 a team based from Stella Marist Catholic School came in to being calling themselves Marians. This was started for the women by Dorothy Anderson who became their first coach. In 1982 City and Marians co-joined to become known as City Marians Hockey Club.

Photo archive of Premiership teams from 1937 to the present